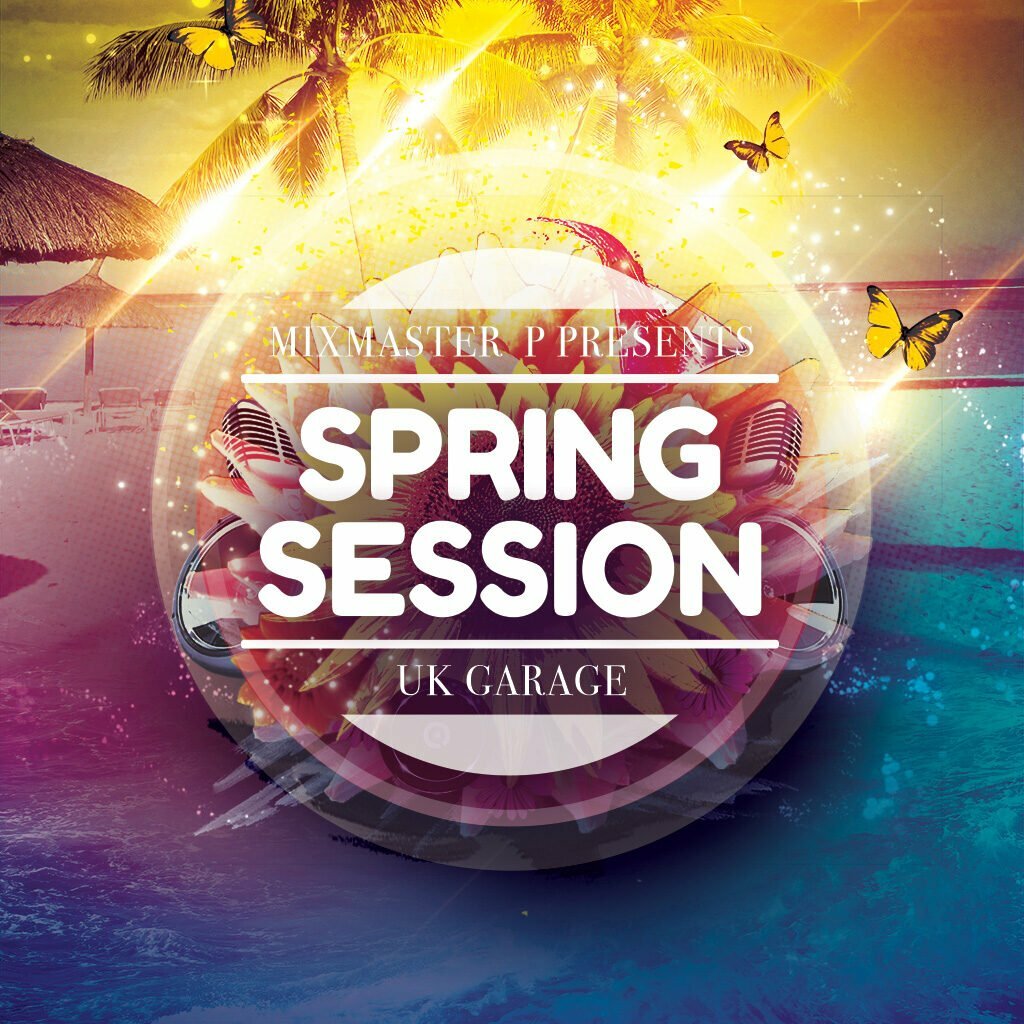 Another one from the vault, we dug this up and thought you would appreciate some old school UK Garage from DJ Mix Master P.  Enjoy! 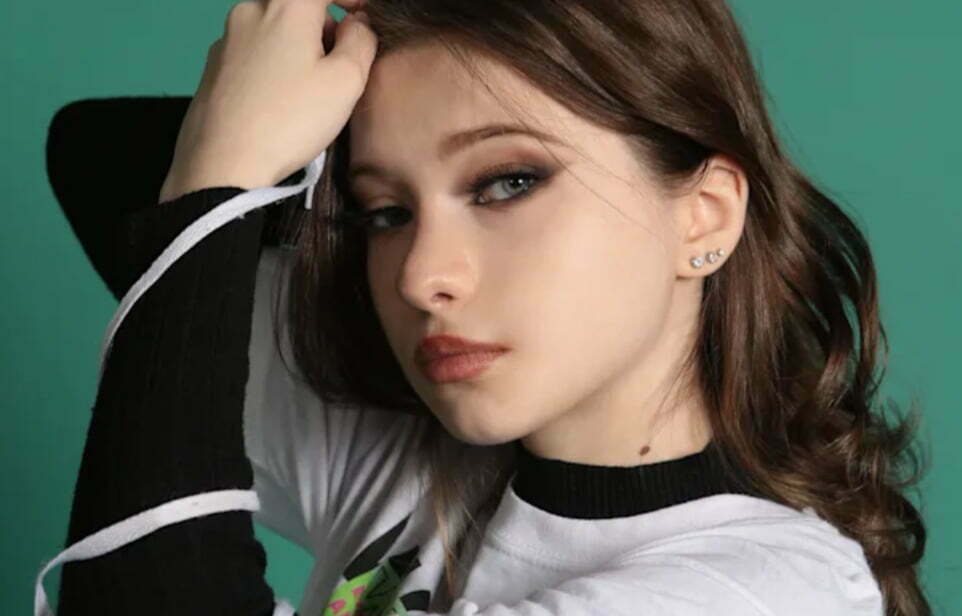 A brilliant piece on Alex Jo from  JamSphere

We like when websites write good reviews on our artists and we are tickled pink with this one. Why don’t you head on over and read for yourself their assessment of Alex Jo’s debut single. 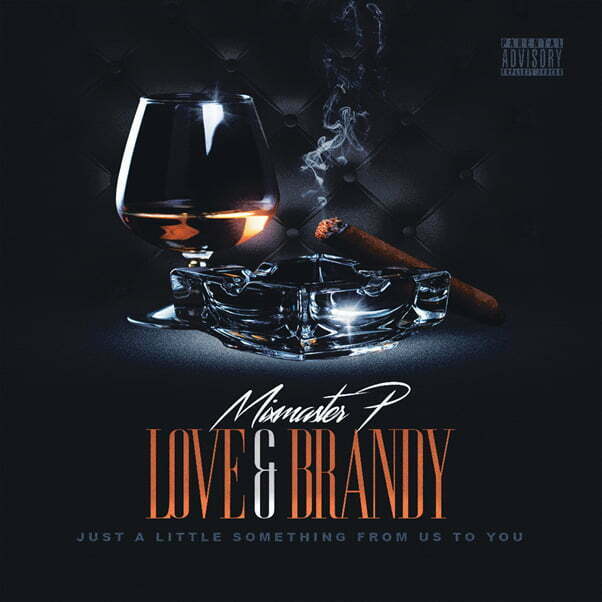 Exclusive Mixtapes: From us to you.

Exclusive Mixtapes: From us to you.

What makes us different from the traditional record label is we are genuinely created from the street, we are like-minded artists, musicians and producers coming together to promote our own material

Most people know that those around you on the street you consider as family but make no mistake talent, application and a hard work ethic is the entry fee to PML but that also means we can do things our way, we are in control and make our own decisions.

To that end today we are delighted to showcase one of London’s gifted DJ’s who’s been tearing up the Houseparty scene for years. DJ Mixmaster P covers the genre of R&B, Hip Hop, Soulful House, Afro Beats, Bashment and more.

Mixmaster P is no stranger to us at PML and has worked closely with us on several ventures over the years, he could be relied upon to keep things bubbling. No wonder he is a man in demand as music is in his DNA we are grateful for him to supply us one of his performances, to that end will let the music do the talking so kick back, enjoy and don’t forget to bookmark.

We will not be making a habit of listing the tracks which are played but as we wanted you to have the full experience we felt this time round we will allow it.

6. Jagged Edge – Her comes My Number 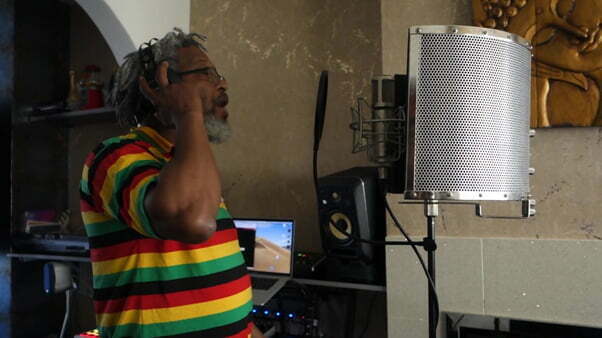 Laon Nova: Reasoning with a star

Laon Nova: Reasoning with a star

I decided to take some well-deserved timeout and catch up the with Pinky, needless to say one of his artists had popped down to see him. I have been told on numerous occasions there’s no better person to chill and reason with than Laon, so my timing was good.

This man’s on a mission.

It turns out that this colourful artist is also a deep thinker, likes Stormzy and takes making music more seriously than most. This is the first time I have been in the company of this Reggae artist so i asked him a few questions…

Laon Nova tells me he is never far from a microphone, i believe him.

So Laon, what’s with your catchy name? It is your real.

Loan is my first name spelt backwards and ‘Nova’ is the 1st 2 letters of my 1st name and surname.

Where you born here in the UK or in Jamaica.

I was raised by my Grandparents, who were strict Christians so their values are quite strong within me.

I have been singing for as long as I can remember.

My Paternal Grandmother always taught my younger brother and I gospel songs to perform in church on special occasions.

We both went on to join the church choir, then, later on, joined the church band.

Music has always been an integral part of our family life. My younger brother now plays the drums for the infamous North London group, ‘Reggae Vibes’.

When did the group form, how you met the other members of your group and when?

The group ‘Earthforce’ was first formed in 1991 but we did our first recording together as a group in 1992. I met ‘Steppa’, our Bass player back in 1985 just after I arrived from Jamaica.

We met through a mutual friend ‘Nyanjah’, who I used to play the drums for in his band called ‘New Wine’.

‘Steppa’ was in another band called ‘Triumphant’ which was based in Ladbroke Grove.

I then later met ‘Kenni Ranx’ through the same mutual friend who was based in Chalk Hill.

We started to record together about 1991-1992. I loved ‘Kenni Ranx’ jazzy sound and simple but effective melodies on the keyboard, so much so I brought him to one of my first recording sessions. We’ve worked together ever since.

I had rehearsed with ‘Steppa’ on numerous occasions and found that we had a musical connection. He loved Robbie Shakespear and Aston ‘Familyman’ Barret and I was an avid fan of Carlton Barrett’s style of drumming.

We complimented each other so well, we were actually contemplating forming our own Drum and Bass duo like ‘Sly and Robbie’ and ‘Mafia and Fluxy’.

When did you start making music and what was the reasons behind it.

My biggest influence musically is none other than the late, great ‘Bob Marley’.

To me, he is the complete package as a musician, businessman, poet, social activist, family man, humanitarian and spiritually astute.

I have recently released my debut single, ‘Youthman’ on the ‘Pinky Music’ label.

This track was produced by K.R.L.Z. (Kenni Ranx and Longzy) Productions and recorded at Longzy Studio.

We, as Earthforce did a few live gigs as backing musicians for the likes of Sister Carol of ‘Amaziah Foundation’ and another group called ‘Rockstone’ which featured ‘Herbtree’ who had a hit about 20 years ago.

I myself have backed the likes of the late Pat Kelly, the late Michael Prophet and Earl Sixteen at the Tudor Rose in Southall.

Who inspires you in the music industry, people you look up to, influences your work.

I would love work with ‘The Marley Brothers’.

I love their approach to music which is uninhibited, fearless, current and authentic to their roots.

I would also love to work with ‘Stormzy’, ‘Skepta’, ‘Dizzie Rascal’ because I love their love fresh UK sound. I also see myself as a UK artiste and will forward to working with other UK artistes to take our music internationally.

The track ‘Youthman’ was inspired by the gun and knife crime happening here in London and Worldwide.

My heart went out to all the parents, families and siblings losing their loved ones tragically.

The video is available on all social media formats/networks under ‘Youthman’ by K.R.L.Z featuring ‘Loan Nova’.

We use cookies on our website to give you the most relevant experience by remembering your preferences and repeat visits. By clicking “Accept All”, you consent to the use of ALL the cookies. However, you may visit "Cookie Settings" to provide a controlled consent.
Cookie SettingsAccept All
Manage consent

This website uses cookies to improve your experience while you navigate through the website. Out of these, the cookies that are categorized as necessary are stored on your browser as they are essential for the working of basic functionalities of the website. We also use third-party cookies that help us analyze and understand how you use this website. These cookies will be stored in your browser only with your consent. You also have the option to opt-out of these cookies. But opting out of some of these cookies may affect your browsing experience.
Cookies
Cookie Policy BY CONTINUING TO USE OUR SITE AND SERVICES, YOU ARE AGREEING TO THE USE OF COOKIES AND SIMILAR TECHNOLOGIES FOR THE PURPOSES WE DESCRIBE IN THIS COOKIES POLICY. IF YOU DO NOT ACCEPT THE USE OF COOKIES AND SIMILAR TECHNOLOGIES, DO NOT USE THIS SITE. Cookie A cookie is a small text file that a website saves on your computer or mobile device when you visit the site. In general, cookies have two main purposes: to improve your browsing experience by remembering your actions and preferences and to help us analyze our website traffic. What to do with Cookies? We use cookies to help us analyze traffic to the Website, to help us improve website performance and usability, and to make the Website more secure. Third-party cookies help us use Google Analytics to count, track, and analyze visits to the Website. This helps us understand how people are using our websites and where we need to make improvements. These third-party cookies do not specifically identify you. Types & Category of Cookies used List the category of cookies used in https://www.pinkymusic.co.uk/. For example: a) Authentication If you sign in to https://www.pinkymusic.co.uk/, cookies help us show users the right information and personalize the experience to the users. b) Security We use cookies to enable and support our security features, and to help us detect malicious activity violations of our Terms and Conditions. c) Performance, Analytics, Research & Advertising Cookies help us learn how well our site and web products perform in different locations. We also use these to understand, improve, and research products, features, and services, including when you access this site https://www.pinkymusic.co.uk/ from other websites, applications, or devices such as your work computer or your mobile device. We also use third-party cookies to improve and personalize our marketing messages/communications with you. Control cookies You are always free to delete cookies that are already on your computer through your browser settings, and you can set most browsers to prevent them from being added to your computer. However, this may prevent you from using certain features on the Website. Contact us If you have any queries or issues regarding this policy, please contact us at legal@pinkymusic.co.uk.
SAVE & ACCEPT
{{list.tracks[currentTrack].track_title}}
{{list.tracks[currentTrack].album_title}}
{{classes.skipBackward}}
{{classes.skipForward}}
{{this.mediaPlayer.getPlaybackRate()}}X
{{ currentTime }}
{{ totalTime }}